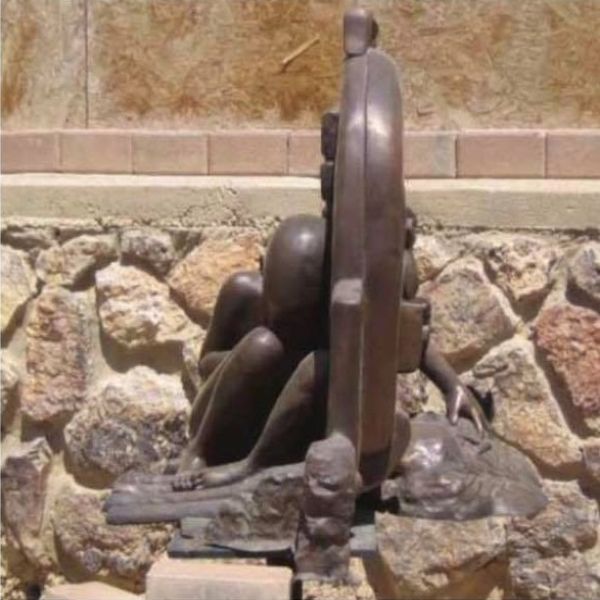 The Unknown Child Exhibit honors the memory of 1.5 million children who perished in the Holocaust. Stunning black-and-white photographs, interactive images and holograms of the faces of the lost children are part of the display. An accompanying exhibit on the cultural impact of DeSoto County's early Jewish settlers, the Goodman family, is also on display. Treasures such as a 2,000 year-old oil lamp discovered in the Dead Sea Caves where the Dead Sea Scrolls were found is on display, along with a vintage 1880s solid bronze Menorah or Hanukkah, which belonged to rural Mississippi Jewish settlers, is also on display. The heroic efforts of Col. William W. Goodman, who rescued 1,200 Jewish families is chronicled along with a letter from famed Nobel Prize winning scientist Albert Einstein, a relative of the Goodman family, whose assistance was sought to free mutual family members from the Holocaust.